To make room for the new titles that will be released in 2013, we are having a inventory sale! BUY A COPY OF WOMAN'S WORK AND GET A COPY OF JUST LIKE A GIRL FOR FREE! *limited copies available* 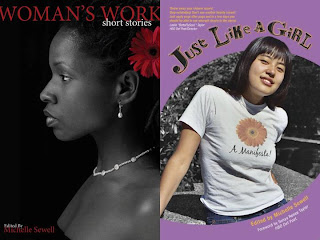 Woman's Work is a wonderful literary celebration. The writing is razor sharp and the storytelling compelling. In this provocative and entertaining collection, that promises surprises around every corner, 40 eclectic women writers, pull us into their ever-changing universe of shapeshifters, fairies, drag queens, and fat Southern girls. This is an adventure not to be missed. ISBN 978-0-9779372-2-6 Regular Price: $15.00 (plus S&H) NO INTERNATIONAL SALES FOR THIS SPECIAL Just Like A Girl is a rough-and-tumble, sassy, kick-ass travelogue through the bumpy, powerful, action-packed world of GIRL. A world where girls and women know how to pick themselves up and brush themselves off. These are the clever girls. The funny girls. The girls who know there is no sin in being born one. 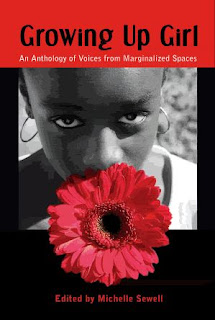 Growing Up Girl has been on back order for several months. We just got a fresh shipment in today! If you have been waiting for the books you can order them here.

Meet (Some of ) the Woman's Work Contributors

While we've been busy shipping out orders of the newest anthology, Woman's Work: Short Stories, I thought I would take the time to hand deliver some of the books to a few of the contributors and chat them up.

In the video below you will find five contributors who will tell you a little bit about their stories, why they write, and maybe some advice for budding writers. 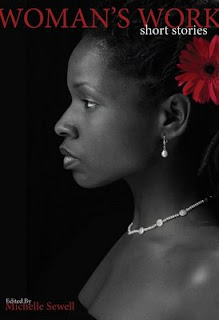 Since I sent out the first call for submissions for "Woman's Work," everyone has felt compelled to "correct" the spelling of Woman's to Women's. Although I'm quite aware that this newest collection highlights the writings of 40 women...my choice of the title was inspired by the writings of one woman in particular. See the introduction to the anthology for further clarification.

Part of the problem is that I treat writing like a privilege not an obligation.
It comes after everything, after all my other responsibilities.
Maegan “la Mamita Mala” Ortiz
My Writing Life

In many ways, this anthology found its inspiration in blogger/poet/activist Maegan “la Mamita Mala” Ortiz’s essay “My Writing Life,” that appears in the anthology Just Like a Girl: A Manifesta!. Although we had received over 400 submissions for that project, her well-crafted treatise, speaking as it does of a writer’s life that occurred after she breastfed the baby, did the housework, and took care of her partner, is the story of all of the other women who did not meet our submission deadline that year. These twenty-first century women whose lives look very much like those of their sisters from generations ago, only now with jobs, some high-end, some barely making ends meet, to go along with all that “woman’s work” that has always threatened to keep women away from their passions.

Every week I get an email from a woman who laments not finishing that novel, or poem, or memoir that they have been meaning to get to. I tell them to write one page a day, for five minutes, and that before they know it they will have that project completed. But in reality, I don’t live their lives. I don’t have to juggle anything, except my own discipline, to get my writing done. I don’t have the traditional trappings that require that I put anyone first and relegate my writing schedule to a time after everyone is sleeping.

I admire those women who don’t give up in the face of three-hour dance recitals, chicken pox, or last minute fifth grade science projects. They keep stoking that creative fire, believing that they will get back to it and what they have to say is worth saying.

These provocative, funny, and original short stories are from the women who, like Maegan Ortiz, show up to the page deep into the night, after all their woman’s work is done, and let their passions fly.
Posted by Michelle Sewell at 1:28 PM 56 comments:

We are changing our email address. The transition will be completed by July 1, 2010 and our old address at AOL will be terminated 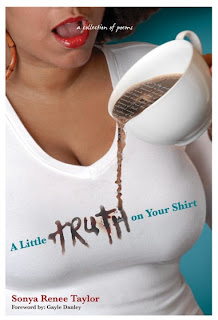 Join us at Red Emma's Book for a reading of A LITTLE TRUTH ON YOUR SHIRT with HBO Def Poet Sonya Renee. Come hear new work and get an autographed copy of the outstanding collection.

In the beginning... I was a poet

An encounter over the weekend reminded me it has been ten years since I joined the the spoken word community of Washington, DC. My first time was at mothertongue, a women's spoken word venue. Prior to finding myself on the stage at the Black Cat, I had been writing in the privacy of my apartment and performing my work on long car trips by myself. Then one day one of my friends signed me up to read and I was blown away by the audience response.

I'm no Sonya Renee Taylor, but I can hold my own. When I first started out I use to perform almost every week somewhere in D.C. I even took a year off from my day job to perform and teach writing workshops. That was a very cool year.

Over the years, I've turned my attention to my screenwriting and publishing life and don't perform as much. But my encounter over the weekend reminded me that there are people who only know me in my poet persona. So, I decided to dig up one of my favorite poems, But Until Then, and record myself. This piece is about five years old and not how I normally perform it. Consider it a remix:) 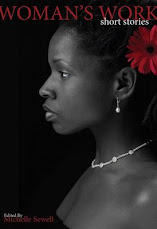 Purchase a Copy of Woman's Work: The Short Stories

Woman's Work is a wonderful literary celebration. The writing is razor sharp and the storytelling compelling. In this provocative and entertaining collection, that promises surprises around every corner, 40 eclectic women writers, pull us into their ever-changing universe of shapeshifters, fairies, drag queens, and fat Southern girls. This is an adventure not to be missed.

GirlChild Press exists because we believe that women and girls have important stories to tell. We massage those stories into the world by publishing books that celebrate these exceptional storytellers and by providing low cost writing workshops that encourages the next generation of necessary voices.

Interested in getting your work into the best possible shape? GirlChild Press can help you strengthen your work and maximize your chances of success. For more information on rates and setting up a consultation contact us at girlchildpress@gmail.com

A Little Truth on Your Shirt

What Folks are Saying About A LITTLE TRUTH ON YOUR SHIRT

Sonya Renee Taylor’s poetry gives voice to the powerful and complex experiences of women. Her words speak to the intersecting identities across gender, race, class, and sexuality, placing women’s stories at the center of our lived experiences, no longer left to the margins. Whether through reading this
collection from the page or hearing her poetry through her commanding voice on stage, Ms. Taylor has given us a gift that can only strengthen us individually and collectively.

Purchase a copy of A Little Truth

A Little Truth on Your Shirt: A Collection of Poems
by Sonya Renee Taylor

A Little Truth on Your Shirt serves as both container and content. It hums a soft siren song, drawing us into those tucked away places in all of us. This pull-no-punches debut collection is intimate, powerful and brimming with the messiest of truths. Taylor delivers it sometimes as a controlled spill, sometimes as a fiery tidal wave, but always as the keen witness that nimbly works to stitch into each of our souls the shifting message of survival, fragility, and love for love sake.

Purchase a copy of Growing Up Girl

Assist us in maintaining our mission of publishing stellar work by extraordinary women and girls.